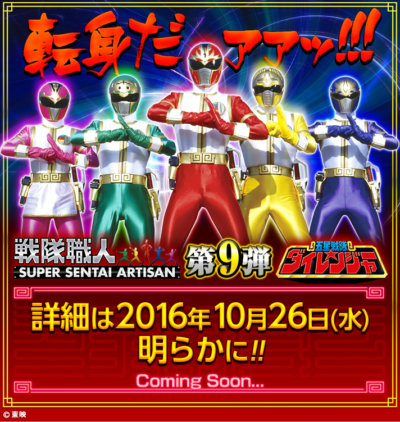 Following the success of Artisan items for Zyuranger and Kakuranger, Bandai Japan appears ready to expand their premium Artisan collection.

This will be the second year of new Artisan toyline items, which for Bandai Japan, almost serves as a line of premium collectibles much like Bandai America’s Legacy line.

The Changers will be available for roughly $104.