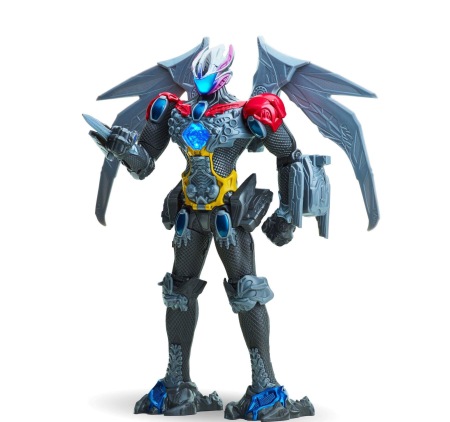 The Power Rangers Movie Megazord has been revealed!

The Interactive Megazord toy gives fans their first look at the super-powered combination that our heroes will pilot as they take on Rita Repulsa and her evil minions. Included with expandable wings, battle sounds, LED lights, and Ranger action figures, this toy promises to please fans and collectors of all ages.

The Megazord, a combination of Zords controlled by each Ranger, have been a long time staple in both the Power Rangers franchise and robotic pop culture. The classic Mighty Morphin’ Power Rangers TV show featured five Zords each based on different dinosaurs.

Fans got a first look at the Tyrannosaurus Rex Zord last week, and can recap that reveal here.

The Power Rangers Movie hits theaters on March 24, 2017. Be sure to follow Power Rangers NOW on Facebook and Twitter for all the latest news and updates!